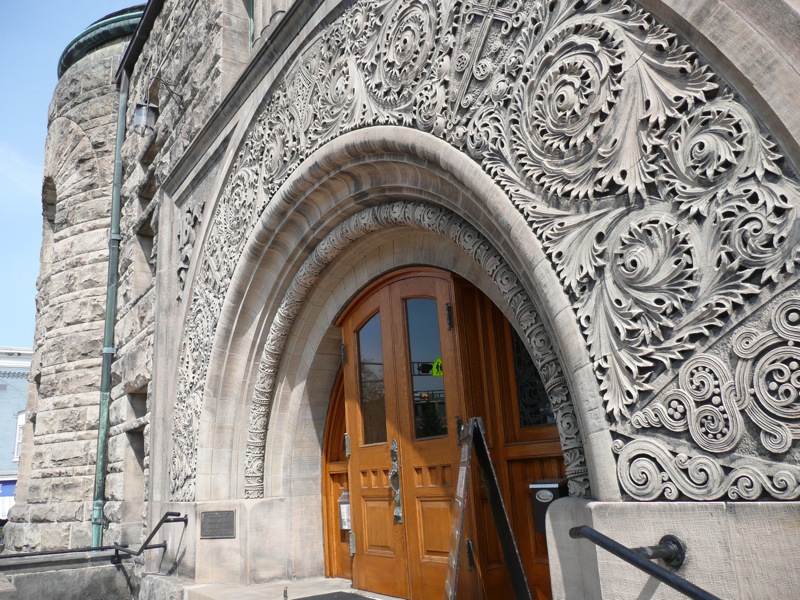 Almost anyone who reads Neil Gaiman’s 2001 novel American Gods dreams of hitting the road following the route Shadow takes through the Midwest.

Last week marked the ten-year anniversary of the book’s first publication. Here are six essential locations to seek out so you can live Shadow’s journey.

I have obscured the location of several of the places in this book: the town of Lakeside, for example, and the farm with the ash tree an hour south of Blacksburg. You may look for them if you wish. You might even find them.”  —Neil Gaiman American Gods

1. House on the Rock, Spring Green, WI. The first major stop in American Gods—the stop that solidified to the reader that Shadow is caught between two worlds—is House on the Rock, outside of Spring Green. This dizzying roadside attraction makes it easy to believe there are multiple realities layered atop one another, with dioramas, music machines, and architecture jumbled and smashed together.

The gaudiness is as thrilling as it is unsettling. Though the owners of House on the Rock had no idea that their attraction played a role in the book when it first came out, by 2010, they were hosting a three-day event inspired by the book over Halloween weekend. Make sure to walk the length of the Infinity Room for the sensation of hovering over the landscape. Toss a token into the Drunkard’s Dream for a glimpse of “the world as it is,” according to Czernobog. And as the carousel spins before you, close your eyes. It won’t be hard to imagine being transported into the mind of the All-Father.

2. Cairo, IL. Cairo provided a gritty backdrop for Shadow’s descent into the volatile life of the Gods. At one time, this town of under 3,000 residents gained economic prominence as a shipping port at the convergence of the Mississippi and Ohio Rivers. During the 2011 flooding, it nearly disappeared under water. Levees to the north were blown, flooding hundreds of acres of farmland. This crumbling little town has a bit of a literary history, however: American Gods is not the first book to include the town. Cairo was Charles Dickens’s inspiration for the town of Eden in his novel Martin Chuzzlewit, and the port town appears several times in Mark Twain’s tales.

3. Fictitious town of Lakeside, WI. The real Lakeside bears no resemblance, either geographically or physically, to the Lakeside in American Gods. There is some debate about which town (or towns) Gaiman used to fill out the details of the village Shadow hid out in through the winter. Some of the front runners include Pelican Lake and Rice Lake, both small lakeside towns near the correct geographical area. Many of the details, however, seem to come from the city of Menomonie, WI, just south of I-94 and west of Eau Claire. To get a feel for the literary landscape, take a walk across the bridge and along the shores of Lake Menomin. In the winter, the lake will appear much as it does in the book, bristling with ice fishing huts and pickup trucks. One building will look familiar to readers of American Gods: the castle-like Mabel Tainter Memorial Theater. While it offers only a reading room, this unique stone building bears an uncanny resemblance to Lakeside’s library. Mabel’s may be a theater rather than a diner in real life, but you can still walk down the street for a pie at Kathy’s Diner.

4. Lebanon, KS. There is little to distinguish the geographic center of the United States, along highway 191 outside of Lebanon: a stone monument, a tiny mobile church, and a dilapidated motel. The isolation gives the place a feeling of power. The constant wind whispering across the plains seems to echo Czernobog’s statement about the center and other places “of negative sacredness….Places where people will not come, and will leave as soon as they can.” It’s worth a drive through the city of 218 people, if only for spectacular views of the desolate, rolling grassland. The tractors you see out in the fields are tilling the dense, loamy soil that “Gods only walk if they are forced to.”

5. World Tree (one hour south of Blacksburg, VA). This is your chance to embark on a self-guided tour of the Virginia countryside. Finding the World Tree could be a road trip in itself. The clues from the book are both vague and cryptic. Shadow and his companions, Czernobog and Mr. Nancy, drive about an hour south from Blacksburg (though Shadow admits that time has started to lose meaning to him). They have to double back at least once, so it could be anywhere from ten to sixty miles away. As far as finding a huge ash tree on a farm with a barn nearby—there should be only about a thousand of these! One thing is apparent: when you see it, you’ll know it. I’d start in Hillsville and work my way east along the back roads through places with such promising names as Meadows of Dan,  the Hollow, and Fairy Stone State Park. Take a break from the search with a swim at Philpott Lake. Happy hunting!

6. Rock City, Lookout Mountain, GA. Rock City is not so much perched on top of as built into Georgia’s Lookout Mountain. It is the perfect place to wrap up a road trip as creepy as the one Shadow embarked on. Once you walk through the turnstiles of this place of power, you may lose touch with reality. The tight squeezes between and around massive rocks only set the stage for what’s to come. After crossing a bridge on the edge of a waterfall, you’ll arrive at Lovers Leap with what claims to be a view of seven states. Move on and you’ll quite suddenly find yourself underground in the Fairyland Caverns. Ultraviolet light illuminates misshapen gnomes and elves as they peer down at you from all sides. Prerecorded children’s voices chanting nursery rhymes float through the dark hall as you pass intermingling storybook dioramas. Just as suddenly as this underworld enveloped you, you’re out in the thick Georgia air. It may have been the most freakish thing you’ve ever seen, but like any place of power, you’ll be inexplicably drawn back to see it again.