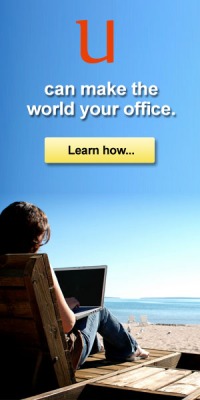 NEW YEAR’S RESOLUTIONS have always seemed to be promises made to be broken. Who wants to resolve to exercise more or quit eating double deserts (even if the resolution will add years to your life)?

What the new year is really good for is dusting off last year’s road atlas and starting to trace the lines of the coming year’s adventures. Travel, like so many things that are fun to do, is one resolution that’s likely to succeed.

Of course, I have plans for hitting the road this year, but I asked around to see what audacious plans other people are dreaming up.

“I’d have to say I’m dying to go out to go out West on a real, authentic American roadtrip, and to zigzag around our country’s amazing national parks,” says Kelley Ferro, editor and producer at Trip Films. “I’ve never seen ANY national parks and would love to see the sheer majestic beauty that is in our ‘own backyard.’ I find so many travelers, myself included, look overseas to find stunning landscapes and new cultures, but there’s so much right here, too. And coming from the East coast, exploring the parks out west would be so exotic and exciting.”

National Parks seem to be a big draw for people. The US Department of Interior projects over 287 million visits to national parks in 2012. That’s an average of almost one visit for every man, woman, and child in the United States, including Dave and Di Warren who hope to venture back to the parks of the American southwest.

Some New Year’s dream trips are about seeing natural treasures before they’re gone. Photographer Heather Laverriere says, “If I could only choose one place, it would be the glaciers in alaska. Hubbard Glacier or Glacier Bay. The expanse of ice on the blue sea is something you have to see to really appreciate – and of course capture – while they are still here.”

These glacial landscapes are only accessible by boat, but what about mixing both cars and boats for your next adventure?

“One [trip] I would die for: hit every ferry in British Columbia,” says writer and avid roadtripper Kij Johnson. “It requires all these tiny provincial roads, and in some cases, you have to take a ferry and then (because it leads nowhere except one tiny town across a lake) take it right back again. They range from two-car ferries to the big ferry that runs up the inland passage. Some are cable ferries. I took about ten of them a couple of years back, but to get them all would take a couple of weeks — all through some of the most beautiful country in the world. The ferries are all free. How fucking awesome is that?”